End of the year hurry paid off

Cannot believe we're in 2013 now. The last months of 2012 went in a hurry. Especially October and November getting writing and editing done just about day and night. Keeping in contact with all parts of the team in the book process. Apparently certain rewarding success in (e-)book markets brings the motivation up... 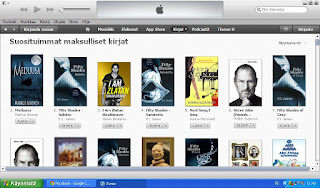 The last months have been pretty amazing ride seeing how interesting e-publishing with all its connections to the changing publishing world, social media and its marketing mechanisms is. My debut novel, crime-themed Meduusa (originally published in 2006) eventually hit the #1 spot in iTunes Finland top100 in mid-October. After that it has made it up there again somewhat seven times. It has also kept the #1 spot in Mysteries and Thrillers chart for most December and January. 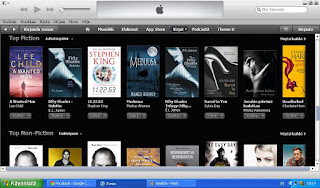 I was surprised to see it being selected to iBookstore Best of 2012 collection Top Fiction category in December. This could have something to do with the fact that since its update edit and e-publishing in July, it has become one of the all-time most sold e-books in iTunes Finland.
Why? Not sure, but I have a theory in addition to thanking the decent pricing.
Did the topics about how people are suffering in their life, maybe financially during the recession, pressures in the society, friendships, work and family life, growing crime rates connect to some of those readers? Maybe certain events seen in the news, such as horrendous family tragedies and senseless school shootings, ended up being more current issues now than six years ago. Maybe.
For me possibly hitting the nerve of these years meant rewarding times. A sting of new energy. No wonder some days and weeks have been quite hectic.
After the first success I dug out the original Palava sydän (Burning Heart) file. This crime-themed novel has the same police characters, events taking place in Helsinki region in Finland. It was originally published in print in 2008. 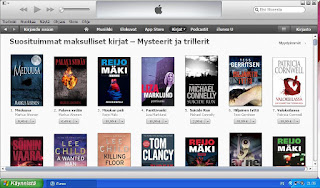 I did the same editing trick and it was published as an e-book in the end of October. By the end of the year Meduusa and Palava sydän had held several times the #1 and #2 spots in iTunes Finland Mysteries and Thrillers chart at the same time.
I have a feeling some old time frustrations in writing have found a solution through e-publishing. I know there has to be self-criticism and hard editing work done not to put just about anything out there. Readers are selective. Surely not dumb.
But it does give hope and energy. Even so much that I went deeper in digging my file archives and lined up some older scripts in addition to editing and writing newer ones.
In the end of October the Finnish version of the short story collection My Hometown Named Love, (published in English in March) Kotipaikkani on rakkaus, saw its light. As did the two story collections in November: children's story collection Karkaileva bussi ja kaiken maailman ihmeelliset vempeleet (Runaway Bus and All Other Marvelous Contraptions) and a cross-generational story collection Haikarasaaren vauvasatama ja muita tarinoita (Heron Island Baby Harbour and other stories).
The last two haven't made it yet to iTunes due to a linking problem. In addition to blocking links to its competitor Amazon, Apple has apparently now also blocked links to Goodreads. It'll be interesting to see how originally Finnish-language children's books draw attention to mainly Disney-based children's e-book markets.
There have been many predictions on what will happen in e-book markets this year. North American e-book sales will most likely pass 25 per cent in all book sales. Europe and Finland are way behind.
But I think putting efforts there now will pay back in the future. There were 1,1 million smartphones sold in Finland in the first nine months of 2012 only (not including the newest iPhone model). In the same nine months time, sales numbers for tablet computers were somewhere between 150 000- 200 000. These numbers in such a short time are high in a country with only 5,4 million people. More people are using these devices and e-readers in addition to reading traditional paper books.
The tradition of buying hardcovers and paper covers is and will be there. But what will be the future of e-reading when new devices come up? And when new generations grow up? Using technology for things my generation wouldn't, can be very natural for young adults in only a few years, not even yet talking about ten or twenty years from now.
This doesn't have to mean the death of a traditional paper book. They can go side by side depending on the needs, origins of the book, which edition is more easily available and whether someone wants to carry ten books on a safari in Africa or take the e-reader along.
Posted by Markus at 8:31 PM