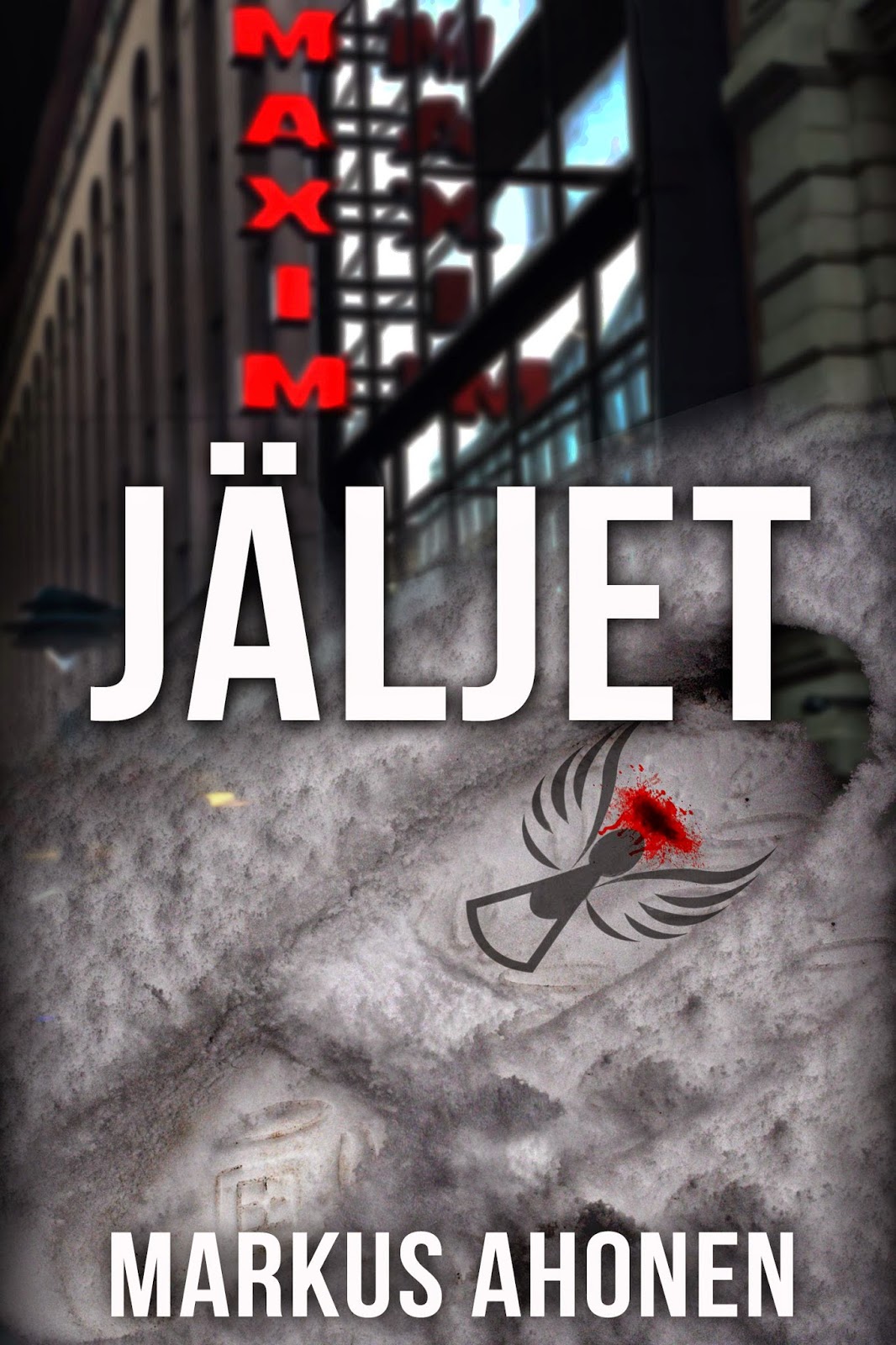 My third crime-themed novel Jäljet (Tracks) was published in mid-April as an e-book in Finnish.
As hoped, book reviewers have been active. Reviews have been mostly very good. This third Isaksson series novel has been complimented of having ”a strong narrative text, for being descriptive and engaging”.
The things I've been seeking for in my writing have also been found.
One reviewer wrote:
“The environment was described precisely and somehow very vividly. I lived in Helsinki in my times and now felt as if I was again walking along its streets. I was impressed also by the pondering of the deepest feelings of a human mind, which by no means was left any way superficial.”
Jäljet has also been thanked for containing humour, ”which lightened up the atmosphere in a nice way."
By reading these reviews I've come more and more to a conclusion that not all the books are for all readers. Easy and clear conclusion as anyone would understand.
While other reviewers conclude book being engaging, especially mentioning that even the descriptive parts don't get the narrative jammed, one reviewer feels it does exactly that.
As we take the pluses and minuses, we realize that certain reviewers clash with each other with their opinions. Of course, they are exactly just opinions. Not the universal truths either way. Could it ever be, when there are as many opinions as there are readers. Readers from different backgrounds, age groups, genders, geographical locations, levels in society, in different stages of lives, with different experiences. Plus tastes that vary over genre levels, even inside them. Also when talking about themes, style and approach.
One reader loves the psychological approach, the inner monologue and the first person pondering of dark feelings inside someone's mind. The other one hates it.
One reader has a problem with mentioning certain events happening in the two independent parts of the series, because the reader hasn't read them. The other ones thank the writer for acknowledging the readers a bit of what had happened to the characters after the events in previous books ended. Something that still wouldn't distract the readers, who haven't read the previous books and would like to.
One reviewer in the past once mentioned that ”due to many subplots, not all of them are followed to the end and tied together”. What if the writer has something in mind? That some of these untied plots end up popping up back later on in the series as in tv-series Lost? Maybe two, three, four books later? For a reason so far only known to the writer. Some readers get the hints and wait for the following books to find out.
Is the reviewer the one, who gives the universal truth? As anyone who writes, writers tend to listen to these reviewers, use the common sense and adapt this feedback to developing themselves. Surely also strongly following their own vision. That's what makes them the writers they hopefully are with their own writing style, tone and voice. The one the readers dedicated to their writing will recognize sometimes from the first paragraph.
If reviews were part of a market research, would you as an entrepreneur change fully your course of work and products based on the 20 per cent's opinions, who obviously aren't interested in your work and therefore not even part of your target group? Or listen to the feedback in a healthy way and follow more that 80 per cent of the reviewers, who like your work and would like you to follow your chosen path. Of course trying to at least maintain your level and even develop your products to become better? You can always write better.
Over the years, I've been couple of times hinted by some publishers to follow some action-based techno thriller writers who are their bestsellers. As if I'd maybe strip down my language and own voice to follow their path. Change to something that I'm not. Writing something that I'd never be good at. Not that I'd even be interested in being.
There's plenty of thinking even inside my own vision, the genres I've touched and will probably be touching in the future. Even after all these years, I'm a bit surprised how literature, which has a crime theme, is often narrowed down to being exactly a crime novel. As it couldn't contain anything else than just surprising twists after twists after twists, often for the sake of it.
I do hope that I can fulfill the expectations of the readers, who are interested in reading my works. I don't need to please everyone, but I do hope I please the ones, who really are interested in my writing.
Posted by Markus at 1:59 PM 1 comment:

Sometimes work and life take over and even some meaningful news might go past one's eyes.
Once upon a time in the Christmas period happened that my debut mystery, the Finnish version, Meduusa was again selected to Apple Finland iBookstore Best of 2013 catalog. This time in category: Most sold: Fiction. (The English version of the e-book is here.)
Its sales have been stable since October 2012, when Meduusa hit the #1 spot in iTunes Finland top100 chart. In the previous year, Meduusa was selected to Best of 2012 catalog, so success has continued for another year with Apple. Thank you for that!
This was a pleasant surprise. A bigger surprise was that my works, including both Isaksson mysteries Meduusa and Palava sydän (Burning Heart), short story collection Kotipaikkani on rakkaus (My Hometown Named Love) and children's story collections Karkaileva bussi ja kaiken maailman ihmeelliset vempeleet (Runaway Bus and All Other Marvelous Gadgets) and Haikarasaaren vauvasatama ja muita tarinoita (Heron Island Baby Harbour and other stories) were categorized in iBookstore under Bestselling Authors category. At the moment, the category consists of 14 authors, of whom 9 are non-Finns and 5 Finns.
More about these news and author lists here.
While things might seem calm and nothing seems to be happening, at least from my side this has again brought belief that there are readers who read and organizations that recognize this work. While waiting for some decisions, I'm again looking into my files. Finishing up with some previous and ongoing works. Checking into old and new ones. This would be the time.
I'm very much wondering, if these kind of credits really do matter. Publishers? Agents? Other publishing people? Comments welcome from anyone.